JUNE 10, 2010. Khanyi Ndabeni ABOUT 5 000 Eastern Cape police members gathered at the Eastern Province Rugby Union Stadium in Port Elizabeth yesterday in the final run-up to the Fifa World Cup tournament which kicks off tomorrow. The police were addressed by provincial commissioner General Mpumelelo Landu, who told them where they would be deployed during the World Cup. They were also told where they would stay, their reporting times and the roles they would play during the tournament. Starting today, “the police will be deployed at their work sites and will assume their duties as instructed by Gen Landu”, said provincial spokesman Brigadier Marinda Mills. “This is another way to show the world our readiness for the World Cup.” The police officers at the briefing included experienced officers and student officers from all over the Eastern Cape. 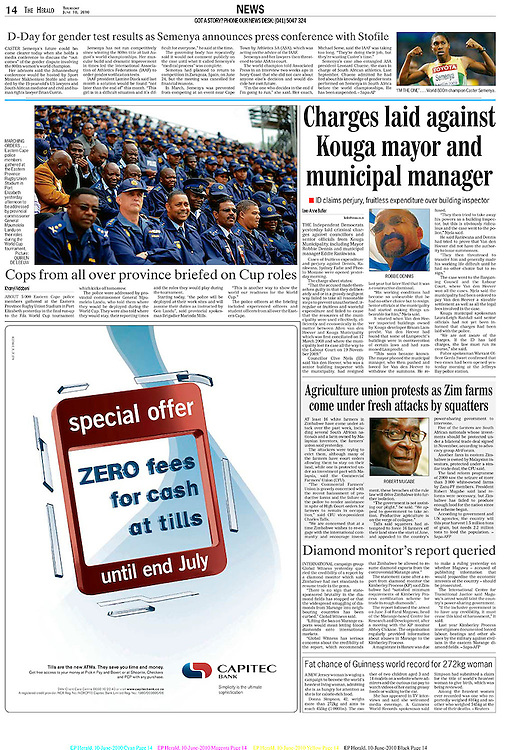