back to search results
Prev Next
Less Info
x

Workers' Day is a national public holiday in South Africa and since 1994, it is being celebrated on 1 May each year. It has its origins within the historical struggles of workers and their trade unions internationally for solidarity between working people in their struggles to win fair employment standards and more importantly, to establish a culture of human and worker rights and to ensure that these are enshrined in international law and the national law of those countries aligned to the International Labour Organisation. On the photo a young man who's supporting the ANC party lead by president Jacob Zuma (2010) 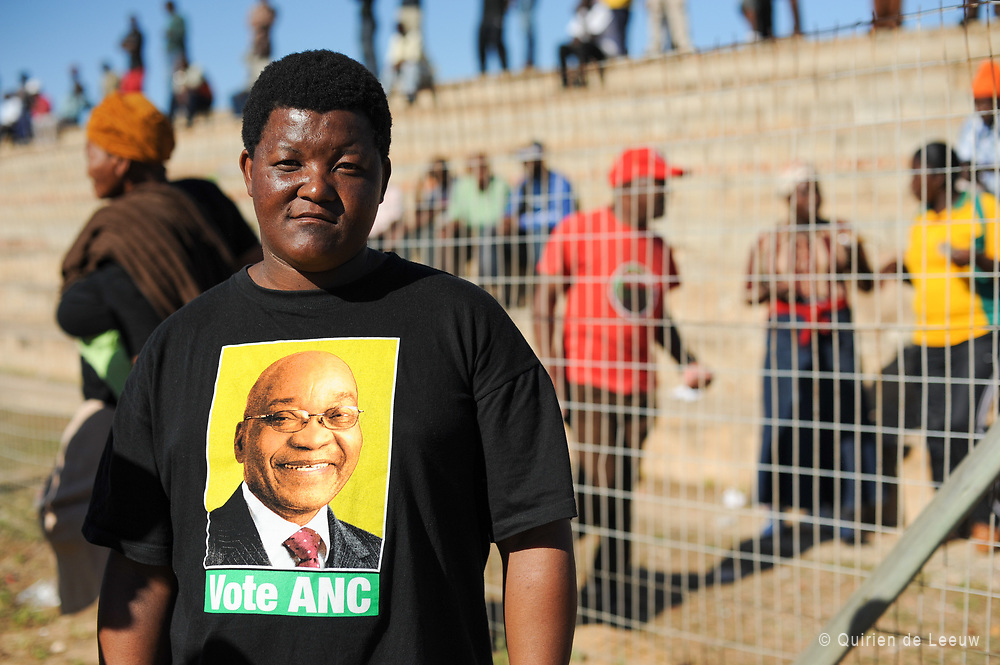